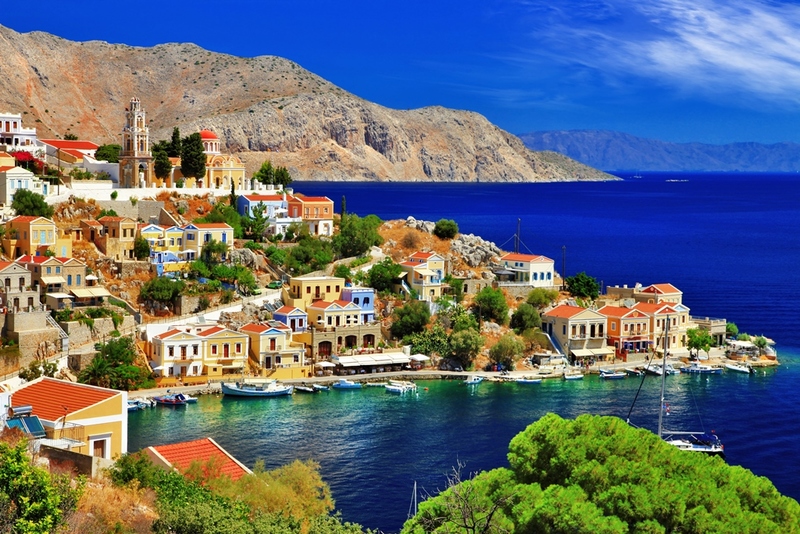 Open gallery
Close gallery
Symi
To the north of bustling and crowded Rhodes lies the charming little island of Symi. Just one glance at the island’s contours is enough to inspire yachtsmen to add the stop to their route. Firstly, the municipality of Symi includes the nearby, uninhabited islands of Ninos, Khondros, Diavates, and others. Secondly, you’re unlikely to find a place with such a high concentration of secluded coves, bays, and small beaches as Symi anywhere else in the world. Third, the port in Ano Symi, the island’s biggest city, is sometimes deemed the best in all of Greece. But don’t take our word for it—decide for yourself during your next trip to Symi.

The island has plenty to see: an archaeological, folklore, and maritime museum, roughly 200 monasteries and chapels, the most famous of which is Panormitis Monastery in the south of the island, and the Kali Strata staircase, connecting the upper and lower parts of Ano Symi – Yialos and Chorio. The city itself is an architectural wonder; brightly coloured neoclassical manors ring the turquoise harbour like an amphitheater, narrow streets trail up into the mountains like a labyrinth, and the capital’s skyline is crowned by the Cathedral of St. John the Baptist, built in 1838.