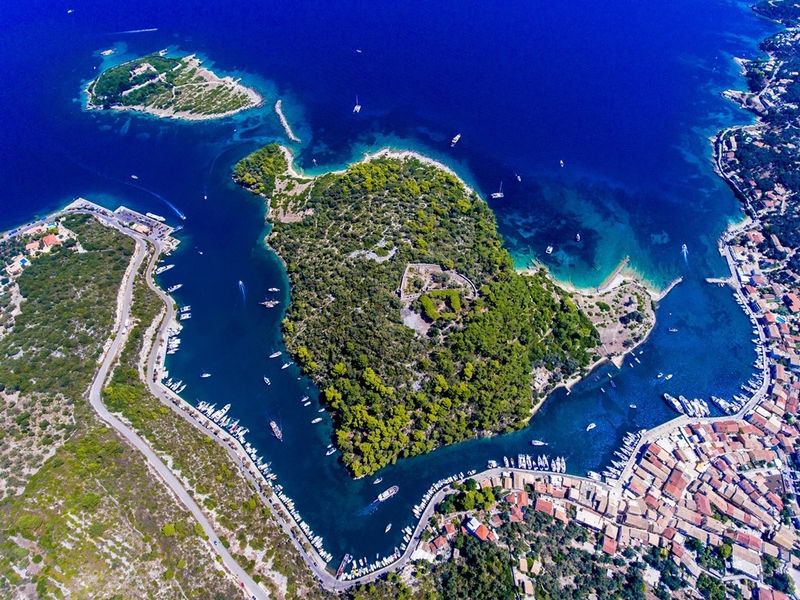 Open gallery
Close gallery
Of the seven Ionian islands, Paxos is the smallest. Its neighbour, Antipaxos, is certainly even smaller, but in Greece they’re considered an island complex, so no particular distinction is made. Paxos is related to nearby Corfu by a common legend: Poseidon and his wife, Amphitrite, needed a quiet, unassuming place to rest. The King of the Seas created such a place by chopping off part of Corfu with his trident.