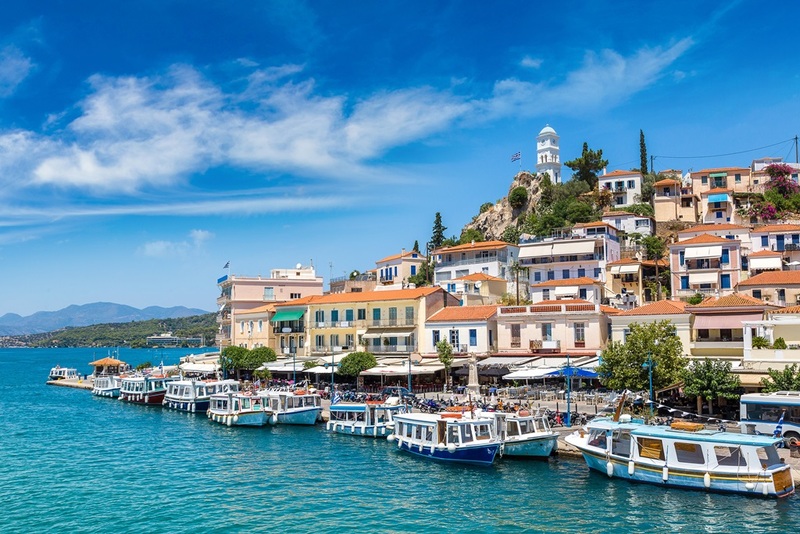 Open gallery
Close gallery
The little Island of Poros lies in the shadow of ultra-popular Athens and the neighbouring Peloponnese. Yet, in a certain way, this plays to its advantage – you’ll surely find other tourists here, but certainly fewer than in Greece’s other resort towns.

According to written sources, Poros was considered the island of Poseidon, God of the Sea. There was once a temple to him here – the ruins of which remain today. The temple used to house numerous statues, including one of Poseidon himself. Unfortunately, over the years they’ve all been plundered; only a fragmented base of the Sovereign of the Seas statue remains. It can be found in the local archaeological museum. A visit to this museum is worth your time as many of its artifacts date back to the Mycenaean and Roman eras.