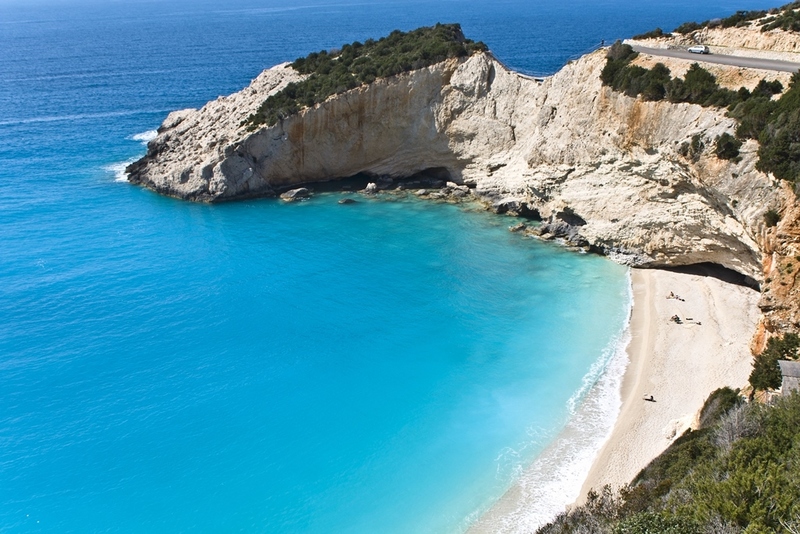 Open gallery
Close gallery
Porto Katsiki
The best beach on the island of Lefkada lies on its western shore. Porto Katsiki runs like a thin white strip along the blue seabed under a sheer mountain cliff. Leading to the beach is a staircase made of 300 steps, but few visitors are daredevilish enough to make that trip under the pounding sun. Most beachgoers arrive by sea. There are no tavernas, chaise-longues, or other amenities here – Porto Katsiki is a pretty wild spot. But that, along with the stunning color of the water and the small white pebbles on the shore, make Porto Katsiki so charming.

Vassiliki
The little resort town of Vasiliki is situated on the southern coast of the island of Lefkada, in a natural cove surrounded by picturesque mountains and cliffs. Thanks to its climactic conditions, the locale is particularly popular among windsurfers. Here, you can find a school for beginners, and rental outlets are available for professionals.

The boardwalk that runs along the main beach doubles as one of the most important streets in the entire town. It’s the perfect place to look for the city’s best restaurants, from modest cafes to boisterous clubs.