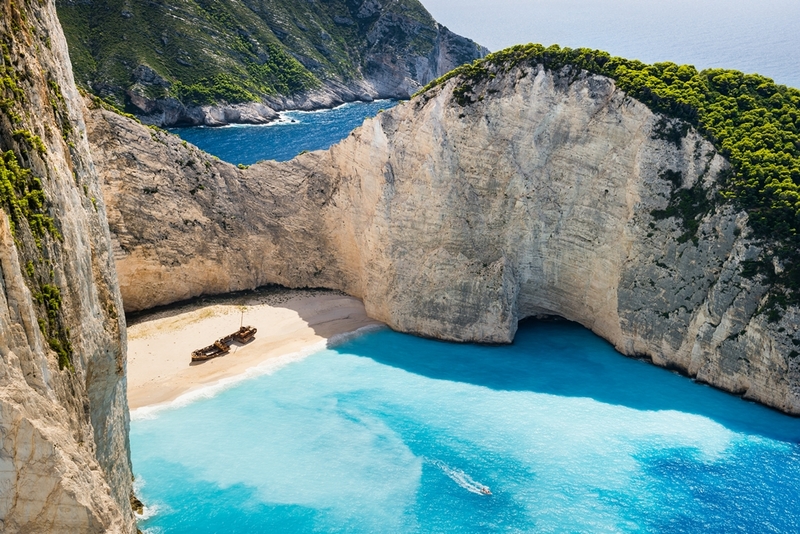 Open gallery
Close gallery
Navagio Cove
Navagio Cove is the record-holder for top rankings as one of the most beautiful beaches in the whole world. Tall cliffs surround the thin strip of shoreline dressed with fine sand and the shipwrecked MV Panagiotis. There’s no footpath down, and the Greeks organize lots of sea excursions here, so coming by yacht is the best way to visit the famous cove in solitude.

Kampi
The village of Kampi lets you see the island of Zakynthos much differently than you might from its more popular spots. The tiny little village would have kept to itself without attracting much attention if it weren’t for the two massive precipices plunging down to its shores – Skithi and Foki. Aside from this natural phenomenon, Kampi also inherited a piece of cultural heritage; Mycenaean burial grounds were found not far from the village, with lots of artifacts from ancient civilization.