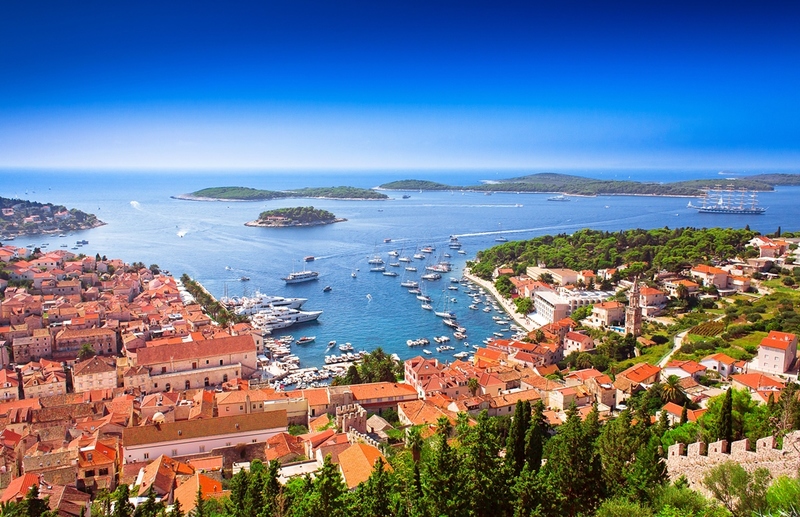 Open gallery
Close gallery
Hvar
The best time to visit the island of Hvar is May-June when tourists can catch the most amazing rose-coloured oleanders and delicate lilac-coloured lavenders blooming. The main city of the island, also named Hvar, is included on the UN List of Historical Mediterranean Cities because of its architectural style. The Cathedral of St. Stephen with works by the well-known sculptor Juraj Dalmatinac (Giorgio Orsini), the Napoleon Fortress, Havarska Pjaca (Hvar’s Square), and the Archbishop’s Palace are just some of the city sights. You can visit other settlements on the island: Jelsa, Stari Grad, Vrboska. Fans of nudism will appreciate the Pakleni islands also known as Hell’s islands.