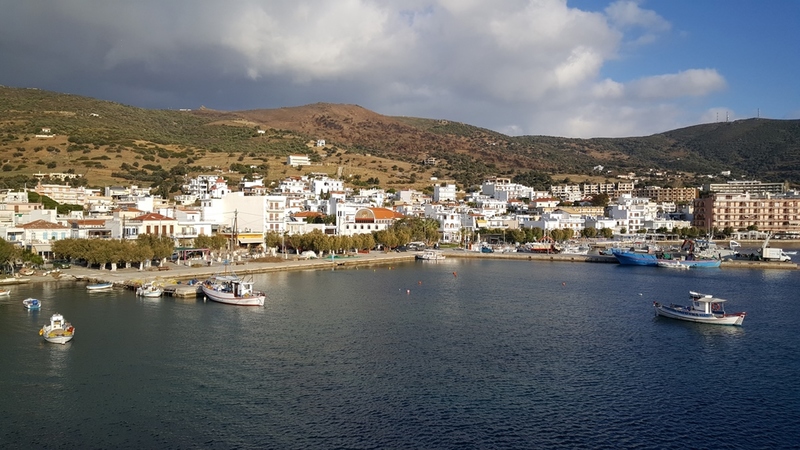 Open gallery
Close gallery
Marina Lavrion will be the first stop on this route. First, prepare the yacht for the cruise, familiarize yourself with the equipment, and discuss important details with the manager. After everything is accomplished, you’ll have time left to take a walk and explore Lavrion.

Lavrion
For many yachtsmen, the port town of Lavrion is fast becoming a departure point for the further exploration of Greece. It is conveniently situated relative to all of the main islands of interest: the Cyclades, Euboea, and the Saronic Islands. Within the town limits you’ll find two central marinas and an assortment of coves for moorage.

Despite its impressive age and some dramatic episodes in history, Lavrion might not be considered traditionally charming. Here, you can take a break from over-commercialized tourism and visit the archaeological museum and the Temple of Poseidon in Cape Souinon, drop by the local seafood restaurants and enjoy the views of the uninhabited Island of Makronisos.

Kythnos
Kythnos is probably the most unassuming island in the Cyclades. Myths and legends make no mention of it and its history features the same chapters as its neighbours. This might be surprising since Kythnos is one of the most ancient inhabited islands in the archipelago. Local towns aren’t bursting with attractions and architectural landmarks, so the island isn’t experiencing a boom in popularity. But that’s just fine with the Greeks who are busy buying up villas here to vacation in peace and tranquility.