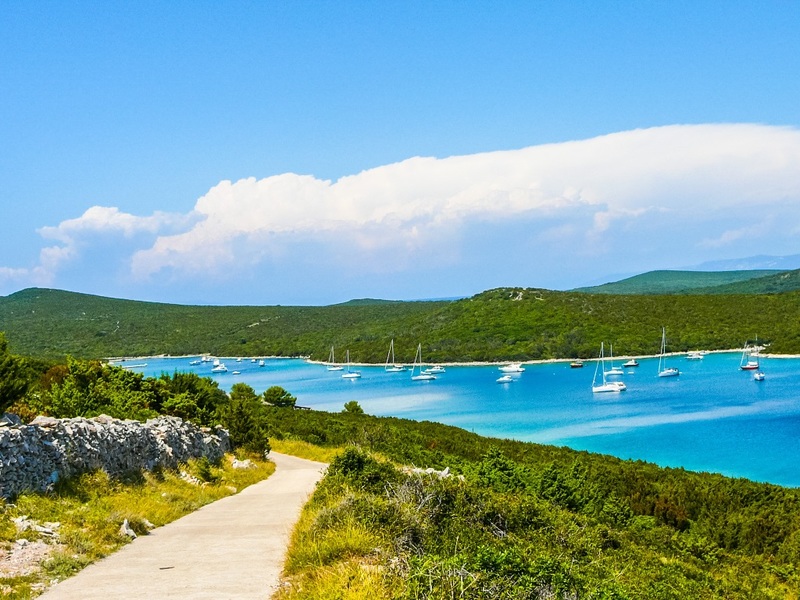 Open gallery
Close gallery
Unije
The “olive island” of Unije is the region of tranquility. Low hills overgrown with Mediterranean vegetation come directly to the coastline; Illyrian forts and an Ancient Roman villa seem to invite you to walk along old walls; pebble beaches are washed by azure water of the Adriatic Sea. You’ll find a couple of delightful konobas in the village of Unije – home-style restaurants ready to bring you joy with excellent regional dishes.

Cres
The city of Cres is located in the northeast of a wide gulf, which has been a reliable protection from storms from ancient times. This was the reason for arrangement of a large, state-of-the-art marina with numerous berths to the south of the city. The main architectural and historical sights of the island are located conveniently in Cres, for example, the Valun plate, the oldest monument of the Glagolitic writing system, is kept in the local Lapidarium museum.