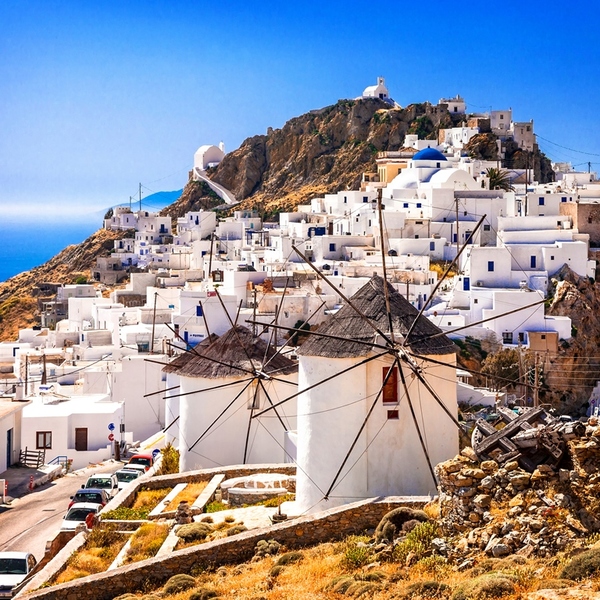 Open gallery
Close gallery
Serifos
According to ancient myths, Serifos is the place where Perseus grew up and Polyphemus, the Cyclops blinded by Odysseus, lived – whether at the same time or not, we aren’t sure.

Compared to the closest neighbouring islands, tourism on Serifos is less developed. However, the island still has the spirit of authentic Greece and its traditional character. The island is well suited for family vacations, romantic weekends, leisurely dips in the turquoise waters of the Aegean, and long walks. It’s for this reason that Serifos is sometimes called an island of contrasts.

The island’s administrative center, Hora, is situated at an elevation, so it offers a fantastic view of all of Serifos. Hora is worth a stop if only for the archaeological museum and church of Agios-Konstantinos.

The island’s main port is the village of Livadi. It’s often confused with Megalo Livadi, a resort in the south of the island. Both feature the island’s best beaches: Avlomonas, Kutalas, Megalo Hore and Megalo Livadi.