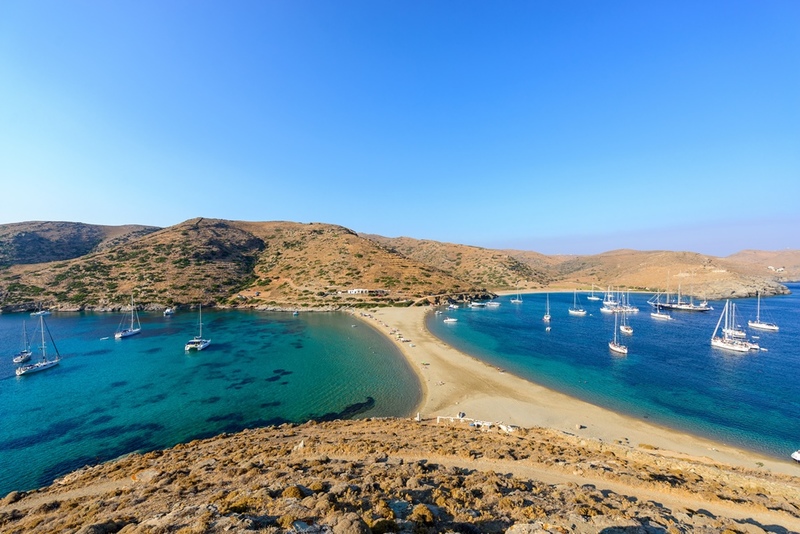 Open gallery
Close gallery
Kythnos
Kythnos is probably the most unassuming island in the Cyclades. Myths and legends make no mention of it and its history features the same chapters as its neighbours. This might be surprising since Kythnos is one of the most ancient inhabited islands in the archipelago. Local towns aren’t bursting with attractions and architectural landmarks, so the island isn’t experiencing a boom in popularity. But that’s just fine with the Greeks who are busy buying up villas here to vacation in peace and tranquility.